Beginning with a warm-up developed through Khan’s movement vocabulary, participants will explore their own creativity through exercises and tasks focusing on rhythm, speed, cycles, and silence.

Read more below about Akram Khan and Nicola Monaco: 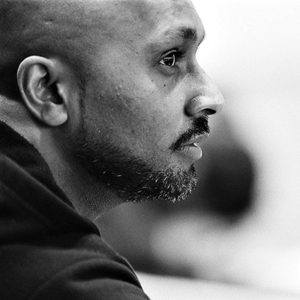 Akram Khan is one of the most celebrated and respected dance artists today. In just over 18 years he has created a body of work that has contributed significantly to the arts in the UK and abroad. His reputation has been built on the success of imaginative, highly accessible and relevant productions such as Until the Lions, Kaash, iTMOi (in the mind of igor), DESH, Vertical Road, Gnosis and zero degrees.

Khan’s work is recognized as being profoundly moving, in which his intelligently crafted storytelling is effortlessly intimate and epic. Described by the Financial Times as an artist “who speaks tremendously of tremendous things”, a highlight of his career was the creation of a section of the London 2012 Olympic Games Opening Ceremony that was received with unanimous acclaim.

As a choreographer, Khan has developed a close collaboration with the English National Ballet and its Artistic Director Tamara Rojo. He created the short piece Dust, part of the Lest We Forget programme, which led to an invitation to create his own critically acclaimed version of the iconic romantic ballet, Giselle.

Khan has been the recipient of numerous awards throughout his career including the Laurence Olivier Award, the Bessie Award (New York Dance and Performance Award), the prestigious ISPA (International Society for the Performing Arts) Distinguished Artist Award, the Fred and Adele Astaire Award, the Herald Archangel Award at the Edinburgh International Festival, the South Bank Sky Arts Award and six Critics’ Circle National Dance Awards. Khan was awarded an MBE for services to dance in 2005. He is also an Honorary Graduate of the University of London as well as Roehampton and De Montfort Universities, and an Honorary Fellow of Trinity Laban.

Khan is an Associate Artist of Sadler’s Wells, London and Curve, Leicester. Learn more about Akram Khan Company at akramkhancompany.net. 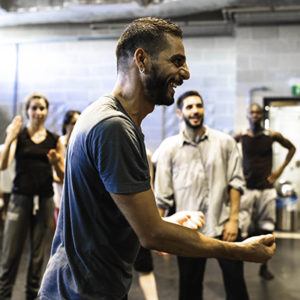 Nicola Monaco started his training in contemporary and ballet at the age of nineteen in Italy. In 2001, Monaco attended the professional course of Aterballetto under the direction of Mauro Bigonzetti and at the end of his training, he joined the dance company Artemis Danza directed by Monica Casadei. In 2003, Monaco had the opportunity to work for esteemed Dutch dance company Emio Greco/PC with whom he toured worldwide until 2008. From there, he moved to London and had the chance to work and collaborate with Akram Khan, as well as other choreographers and companies such as Gregory Maquoma, Tom Dale, The Featherstonehaughs and Shobana Jeyasingh Dance Company. In 2012, Monaco began working for the University of Malta as a guest teacher and as a rehearsal director for the Mavin Khoo Dance Company. In 2013, Monaco joined Akram Khan Company touring with the productions iTMOi and Kaash and continues to work with the company by facilitating international workshops. In 2016, he was appointed rehearsal director for the national company of Malta Zfin Malta Dance Ensemble directed by Mavin Khoo and was commissioned to create a piece for the Fontys Dance Academy in Tilburg. Monaco is currently touring worldwide as rehearsal director for Akram’s final full-length solo, XENOS.

See Akram Khan’s XENOS at The ’62 Center for Theatre and Dance on February 21 at 8pm. Buy tickets and learn more here.