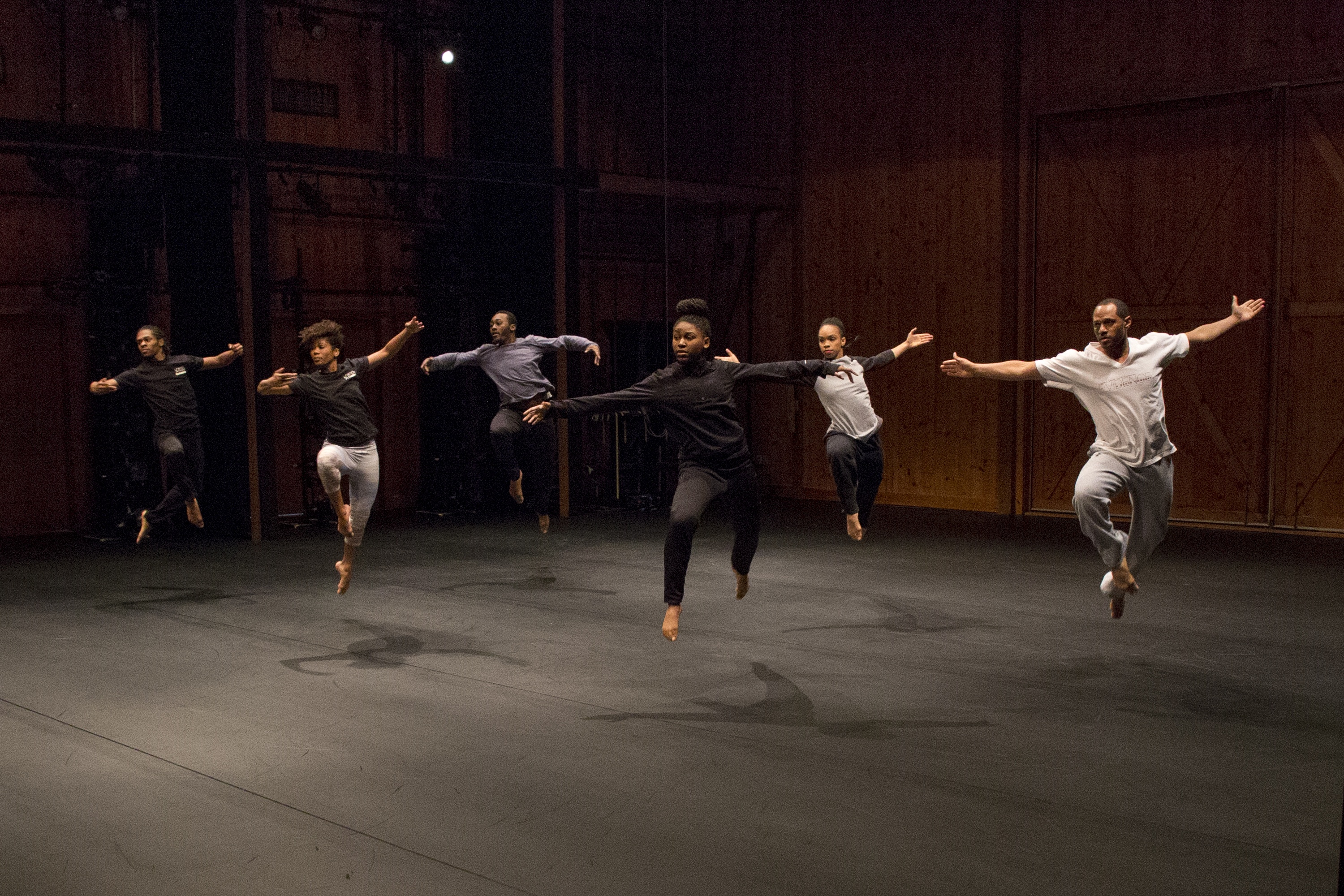 In March of 2017, renowned dancer and choreographer Ronald K. Brown and GRAMMY Award-winning jazz musician and composer Arturo O’Farrill arrived at the Pillow to continue development of movement and music for a their new collaborative work.

The duo returns with Brown’s dance company and O’Farrill’s band to present the finished work, New Conversations, in the Ted Shawn Theatre at Festival 2018. Prior to the performance, gain insight into their collaborative process and inspiration in this exclusive residency interview.

You both have been at the Pillow in different capacities. What attracted you to developing work here together?

Arturo O’Farrill: The nature of our schedules, our lives, and the chaos of running our worlds means we just need to sit down and spend time. It’s not even about working together. It’s about spending time in each other’s presence. That’s a gestation thing. It’s all kinds of ideas that are just flooding your brain. You can’t do that if you are teaching a class or running an organization or running to a meeting or trying to create.

There’s a word in Spanish that’s called compartir, c-o-m-p-a-r-t-i-r, and it means to share but it’s a deeper kind of sharing. It’s a life sharing and that’s what we are doing in a situation like that.

Ronald K. Brown: Yeah because our schedules are a little intense. We knew when we decided there’s a week that’s possible for us to leave our companies and come here. And then from there we both go back to them, and it’s incredible to say there’s investment in just 23 minutes of choreography, which is really the first sketch.

AO: There’s also, I think, a sense of joy that comes from this process–it doesn’t feel like work, it feels like play. It feels like you’re in the sandbox just doing stuff and trying stuff. Some stuff works and some stuff doesn’t…that’s a kind of fearless process, because in New York you know it costs X amount of money, then you got this, you got that, you got ten minutes to figure out this–that’s not play. That’s not free play, that’s not imagination play. That’s work.

RKB: When I’m creating something new, I usually have to steal time when we are on the road. It’s really not fair to the dancers coming to the theater or the studio to work on something new even though you have a show tonight or lecture demonstration in the morning or we have  to go to class at eight, but I need to teach you some new choreography.

Tell us a little bit about this collaboration. What have you been working on this week?

RKB: We met some years ago when he was working with Malpaso, an incredible company in Havana. The night that we met I heard this incredible music that he made for them, for this Afro Cuban version of Carmen. They reached out to me and I got a chance to work with him. So there’s some music that was found and he had versions that I liked so he sent me that. After that he said he was going to make some music for every dance for me.

AO: From the musical angle we had discussions about what this thing was and sounds. A very specific sound came to me. I spoke to Ron about the textures and heard a lot of metal and very fragmented, little quick activity and that was just from the discussions. When I first came and brought my original ideas, I saw them realized by the dancers and that begins a whole new process. The second piece I was more informed by what I saw and what these bodies are doing with Ron’s imagination. So that’s a process, and the third and fourth and fifth movements are all being completely ruled by that process. I feel like this is almost the first real collaboration I’ve been involved with because the music is being shaped by what I see and that’s really special. 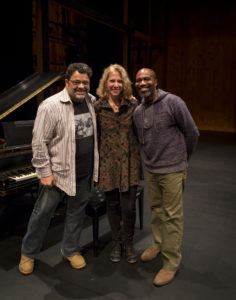 RKB: He came to the studio on his one free day–it wasn’t a free day because he had tech rehearsal but I was like let me show you these five minutes that I have, these ideas that I set to some other music that he composed and recorded. He came in and brought the music the first day and it was amazing, how it fit, how it married, and then I had to go into the dancers. But it was already mapped out so clear that I didn’t have to adjust that much. We just had to marry our phrasing to the music that he had made and that was already a perfect marriage.

I know in the contemporary dance world sometimes artists and choreographers believe the music is over here and the dance is over here and they happen. For me, though, there has to be marriage. They have something to do with each other. They can form each other and become something else. So that’s one of the things that’s beautiful about us working together.

AO: For there to be this mutual respect, this is just who Ron is. This is just who this guy is. He treats people well and I think that’s central to the way this whole thing is playing out.

RKB: They are like losing their minds because this music is amazing. We play around with the steps and then this brother’s here playing it and they have this feeling that ‘he made this part of the music for me.’ This musical change, this shift, how this is arriving, you can see it go into their bodies which is one of the things I love about them as artists too.

AO: When you give life to a piece of music or choreography or a book or a movie does that thing have invaluable direction that it needs to follow? Can you actually hurt the development of a work of art as the author by impinging your value system on in? I know that this is true, you have to let these things literally take on a life of their own and you have to sometimes get out of the way. So I think that’s what’s happening here. We are trying as much as possible to let it be its own being. 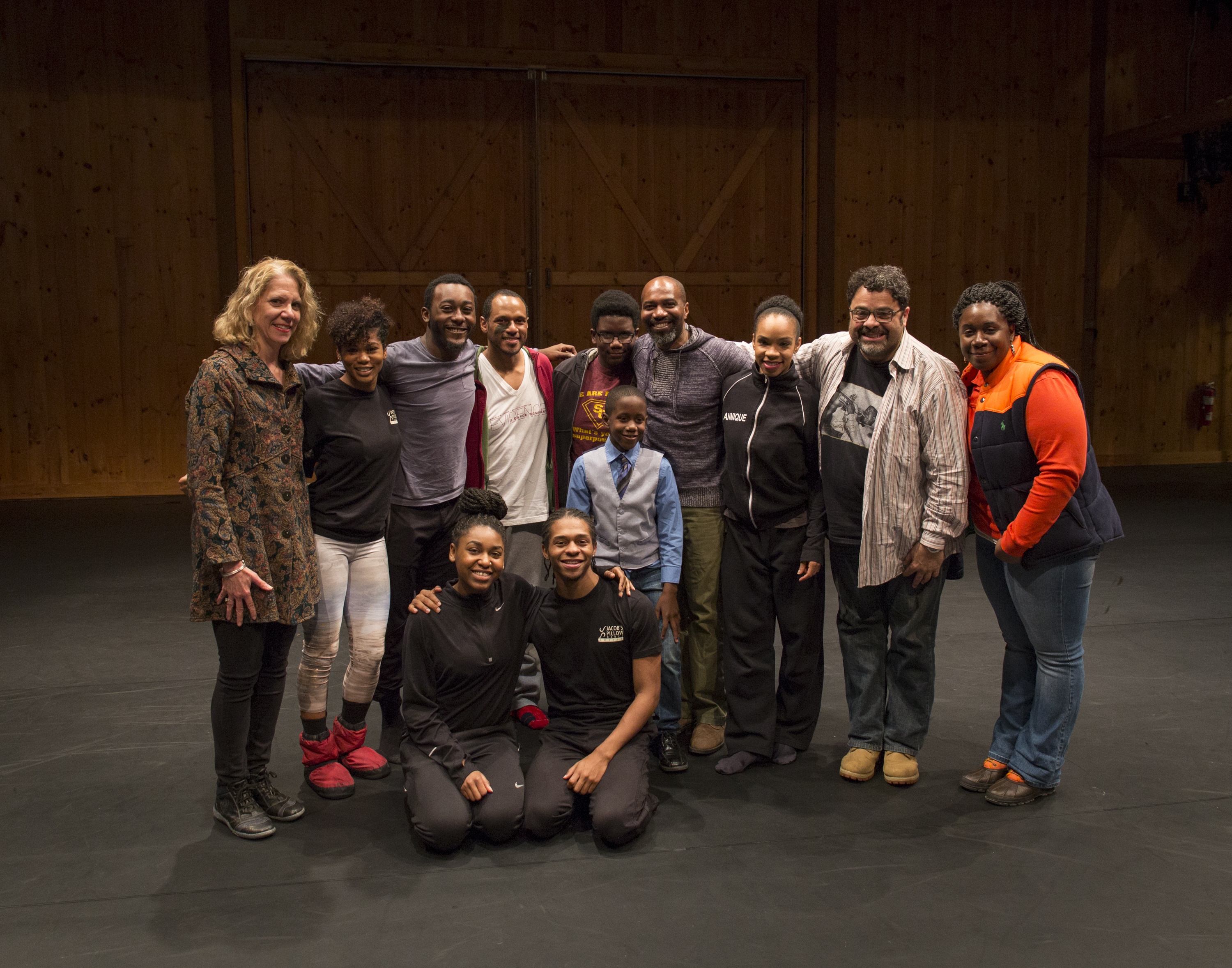 The Pillow Lab supports the development, research, and rehearsal of new dance repertory.

See their work at Festival 2018 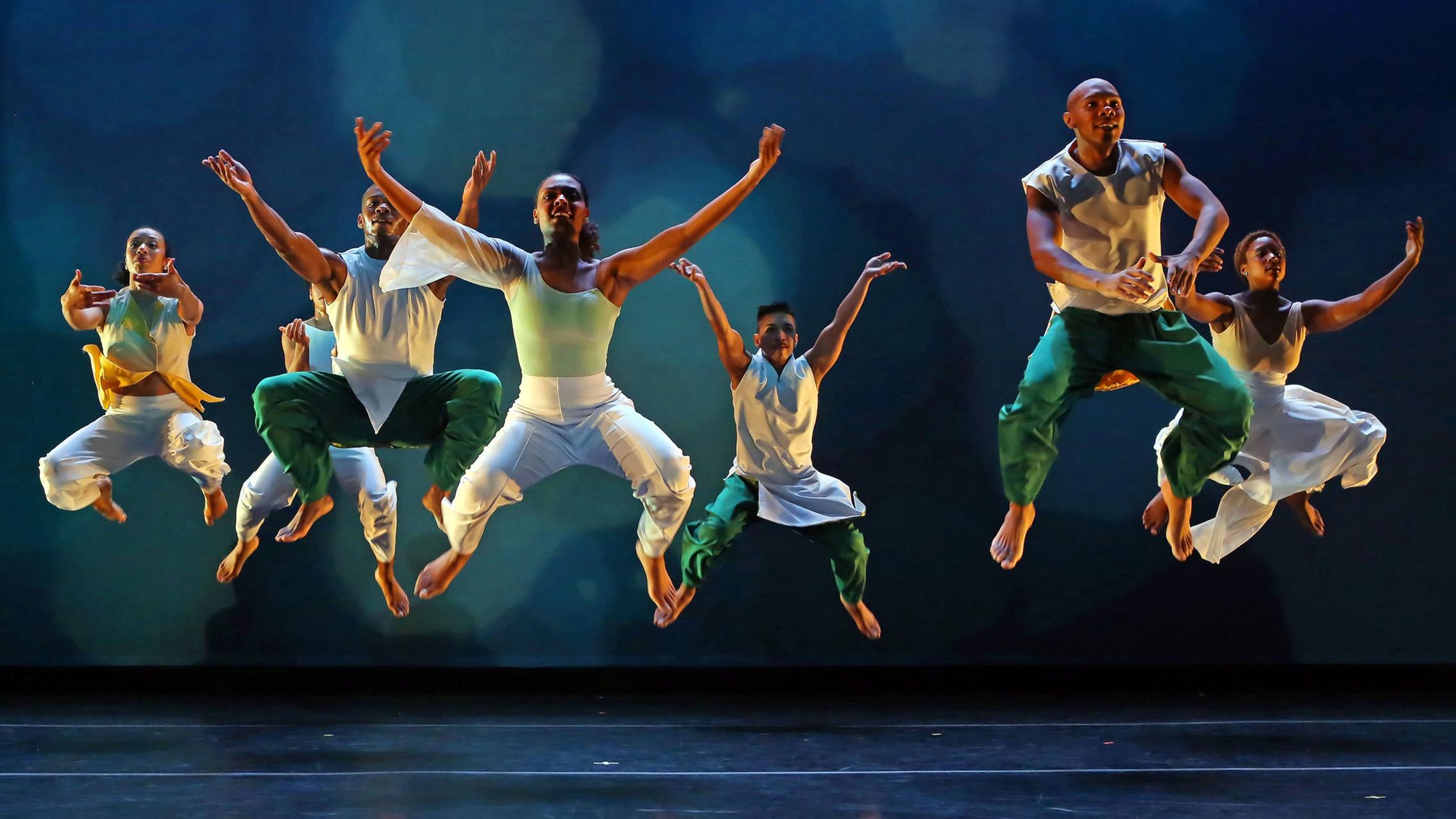