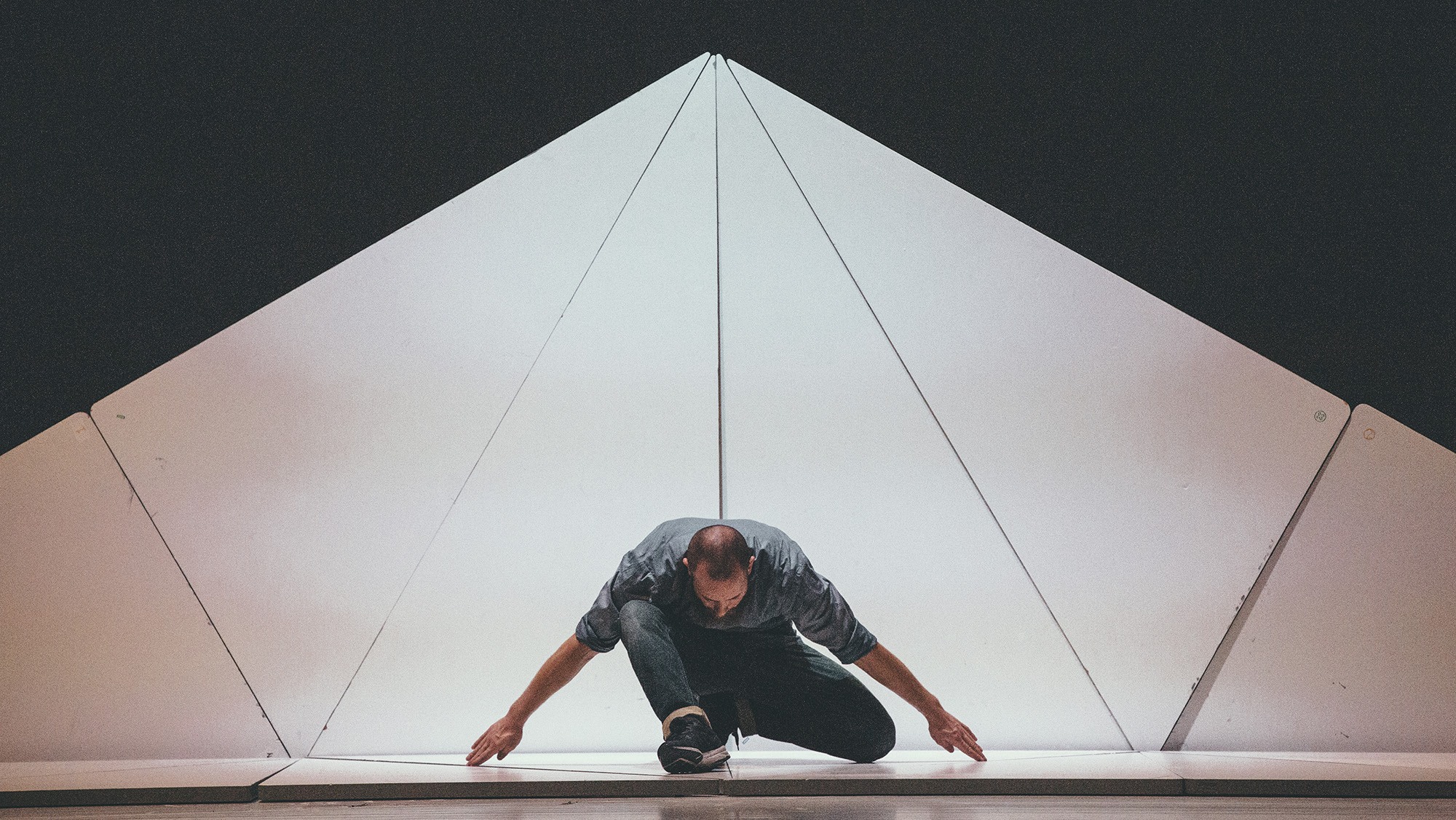 Sidi Larbi Cherkaoui’s Eastman brings their work Fractus V to the 2018 Festival season. Inspired by the political philosophy of Noam Chomsky, Fractus V explores the production and manipulation of information and embraces a cast of dancers and musicians with diverse backgrounds. In describing his work, Cherkaoui explains:

“We all have different dance backgrounds but still put our movements in dialogue with each other. And we share the desire to create an interesting community, both on stage and in daily life. The live music continues this philosophy. I collaborate with the Japanese percussionist and singer Shogo Yoshii, the Korean singer and musician Woojae Park, the African singer and musician Kaspy N’dia, and the Indian, virtuosic Sarod musician Soumik Datta. They are all experts in their own music traditions but also curious for cross-fertilizations.”

Discover the instruments that encompass the work of Fractus V and get a glimpse of these exceptional musicians in action:

Originating in ancient Japan over 2,000 years ago, Taiko refers to the drumming style, music of the drum, and the drum itself. Used in both Japanese folk and classical musical traditions, Taiko has been developed into a large range of percussion instruments that are generally classified based on the construction process or the specific context in which the drum is used. It is very common to find this type of drumming used in religious ceremonies, local festivals, Shinto shrines, and Buddhist temples. The methods of Taiko playing are inherited through generations under the iemoto system, the system of passing down a traditional Japanese art from master to student.

On stage, Shogo Yoshii is featured on taiko drums, metallic percussion, bamboo flutes, kokyu (Japanese violin), and in dance pieces. Yoshii was a member of taiko performing arts ensemble Kodo. He entered the Kodo Apprentice Centre in 2003 and became a Kodo member in 2007, and in 2010, joined the musical ensemble of Babel (words), choreographed by Sidi Larbi Cherkaoui and Damien Jalet. In the same year, Yoshii was music director and performer in Arte y Solera’s flamenco piece, Dojoji. Yoshii is also involved in Cherkaoui’s performance Noetic and is currently touring with Fractus V. 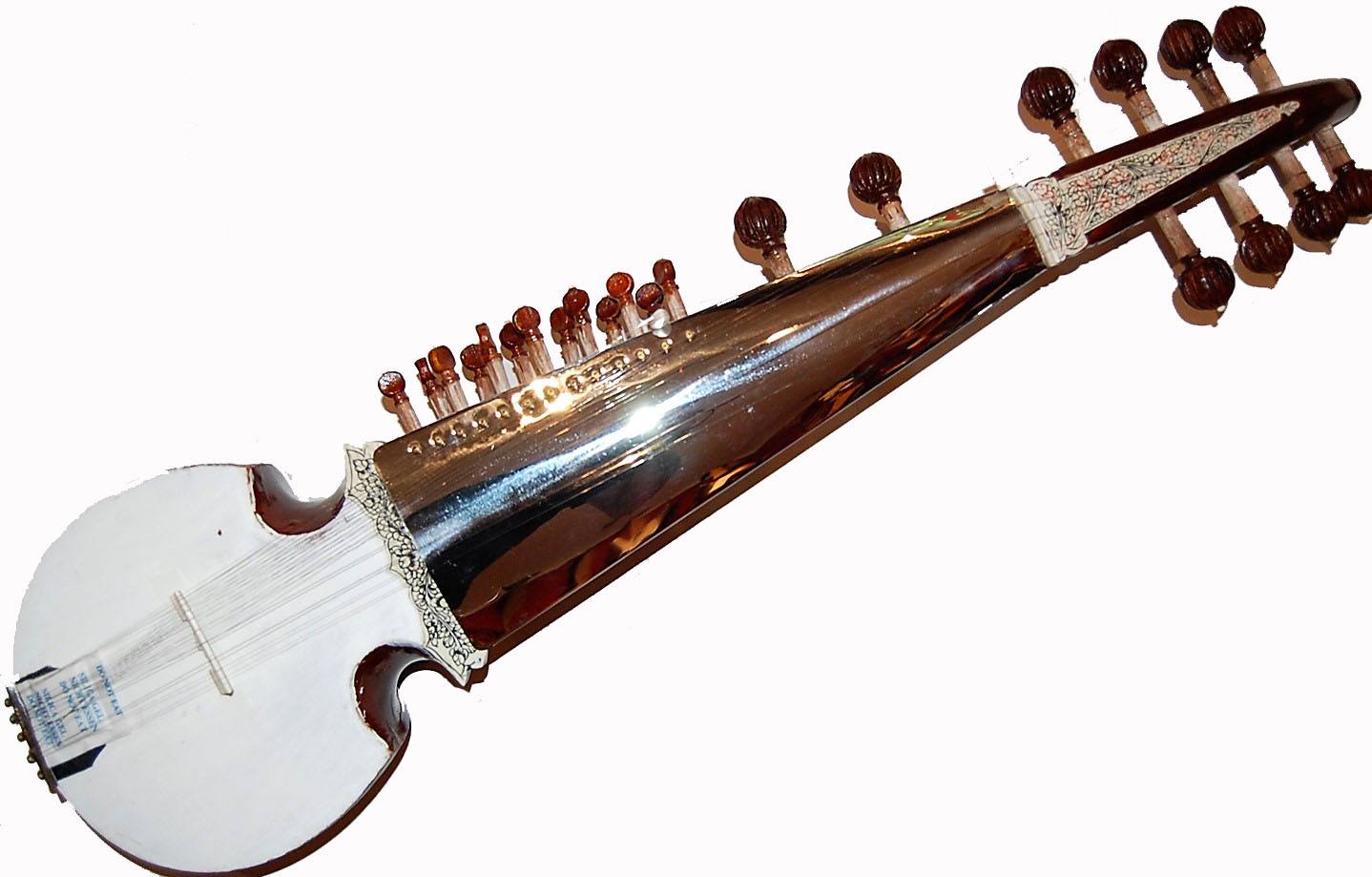 The sarod is a plucked stringed instrument native to South Asia meaning “beautiful sound” or “melody” in Persian, that has been around for less than 200 years. The sarod has approximately 17-25 strings with a skin-covered resonator, is known for its deep, introspective sound, and is a prominent instrument in Hindustani classical music.

Soumik Datta is a British Indian composer and virtuoso sarod player, Dubbed the “British Sarod Maestro”(Time Out), Datta has composed and released six albums through his own label. He first made his mark with his debut record Fretless, which showcased him as “a magnificent Indian classical Sarod player with a rare melodic awareness”(The Times of India). While Datta continued to present classical concerts, he began expanding and collaborating on new forms. His latest creation is “cinematic and explores a fertile area somewhere between Radiohead, Pink Floyd, and Indian classical music”(Songlines). Supported by the British Council, Datta has toured internationally, presented his music at TED Global, performed with Beyoncé, Jay-Z, Bill Bailey, Nitin Sawhney, Anoushka Shankar, Talvin Singh, Joss Stone, and Shankar Mahadevan, and brought the ancient Sarod into a global arena.

The geomungo is a Korean six-string musical instrument that has a hollow body. The front plate is made of paulownia wood, the back plate made of hard chestnut wood, and the six strings are made of warped silk. According to the Samguk Sagi, the historical record of the Three Kingdoms of Korea written in 1145, the geomungo was made up by Prime Minister Wang San-ak by using the manner of the antique Chinese instrument called guqin. After San-ak’s death, the musical instrument was handed down and widely spread over the kingdom. The geomungo is generally performed while seated on the floor, with strings plucked with the use of a short bamboo stick known as suldae that is held between the index finger and middle fingers of the player’s right hand.

Woojae Park developed his own plectrum, used to play a Korean harp, and also developed stroke styles that use the plectrum and bow. Through these playing styles, he created a unique world of music and creativity, and expanded the performance boundary of the geomungo. Park graduated from the Korea National University of Arts and was a winner of the National Korean Music Competition. He has also worked with modern choreographers such as Sidi Larbi Cherkaoui, Nam Jin Kim, and Seung Yeup Hong, and has been in charge of composition and music performance. With Cherkaoui he collaborated on 49-Jae and TeZukA. In 2015 he worked with L.A. Dance Project 3 for Harbor Me and with the National Dance Company of Korea for Ceremony 64 as musical director.

Watch these instruments come to life in a preview of a new collabrotaive project by Woojae Park, Soumik Datta & Shogo Yoshii, who met through their work togehter on Fractus V :

PillowTalk: Eastman’s director, Sidi Larbi Cherkaoui, discusses his first return to the Pillow since he made his debut here a decade ago with Cedar Lake Contemporary Ballet.