Two years ago, the Pillow community suffered the tragic loss of the Doris Duke Theatre to a fire. The Pillow is excited to announce the architects and consultants who have been selected to collaboratively design a new theater to take its place.

The new theater, anticipated to be completed in 2025, will maintain the former Doris Duke Theatre’s essence as a flexible and intimate space for both the creation and presentation of new and experimental works providing artists access to the state-of-the-art technology to create 21st-century works.

The Doris Duke Charitable Foundation has awarded a $10 million grant —the largest received in Jacob’s Pillow’s 90-year history—towards the building of a new, reimagined Doris Duke Theatre, which will be one of the very few theaters in the world built specifically for dance. Additional early funding for the new theater has been provided through the Massachusetts Cultural Facilities Fund, which helped support the pre-schematic design phase of the project. Further details about the campaign to build the new Doris Duke Theatre will be announced in early 2023.

To meet the design team and learn more, please scroll below.

The Pillow seeks to honor the building’s context on the ancestral lands of the Muh-he-con-ne-ok, or Mohican peoples, who are now known as the Stockbridge-Munsee Community and reside in Wisconsin.

“A new, world class, digitally-driven Doris Duke Theatre will ensure Jacob’s Pillow stays at the cutting-edge in the decades to come.”

“Between summer Festivals, the theater will be used as a makerspace for artists seeking to integrate technology into their live performances or create works that are native to the digital realm. It will also be a space where artists and dancers in The School who haven’t had access to digital tools can learn about new technologies and how to integrate them into their art-making.”

“The distinct identity of Jacob’s Pillow comes from a rich history of both the site and the Festival… Our vision for the theater explores a new dialogue rooted in connecting to the senses and the land to reimagine how the dancers and the audience connect to space. These synergies aim to strike a balance between Indigenous design principles and an adaptable performance space, which creates new conversations between performer and spectator.”

Jeffrey Gibson, Choctaw/Cherokee, and Heather Bruegl, Oneida/Stockbridge-Munsee, are serving as consultants on the building’s relationship to the site and Indigenous values, a key element of the building’s design.

The design team was selected through a competitive, international process led by Susanna Sirefman of Dovetail Design Strategists in 2021. 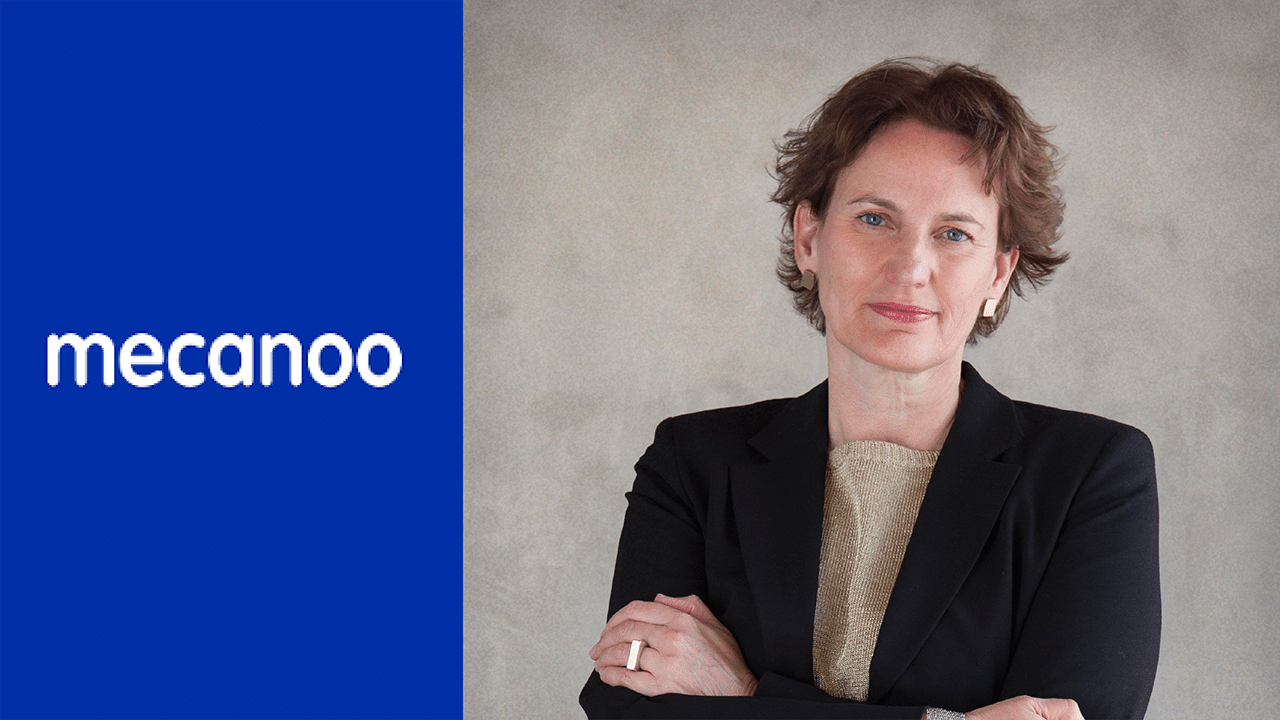 Mecanoo, officially founded in Delft, the Netherlands, in 1984, is made up of a highly multidisciplinary staff of creative professionals from 25 countries. The team includes architects, interior designers, urban planners, and landscape architects as well as architectural technicians and support staff. 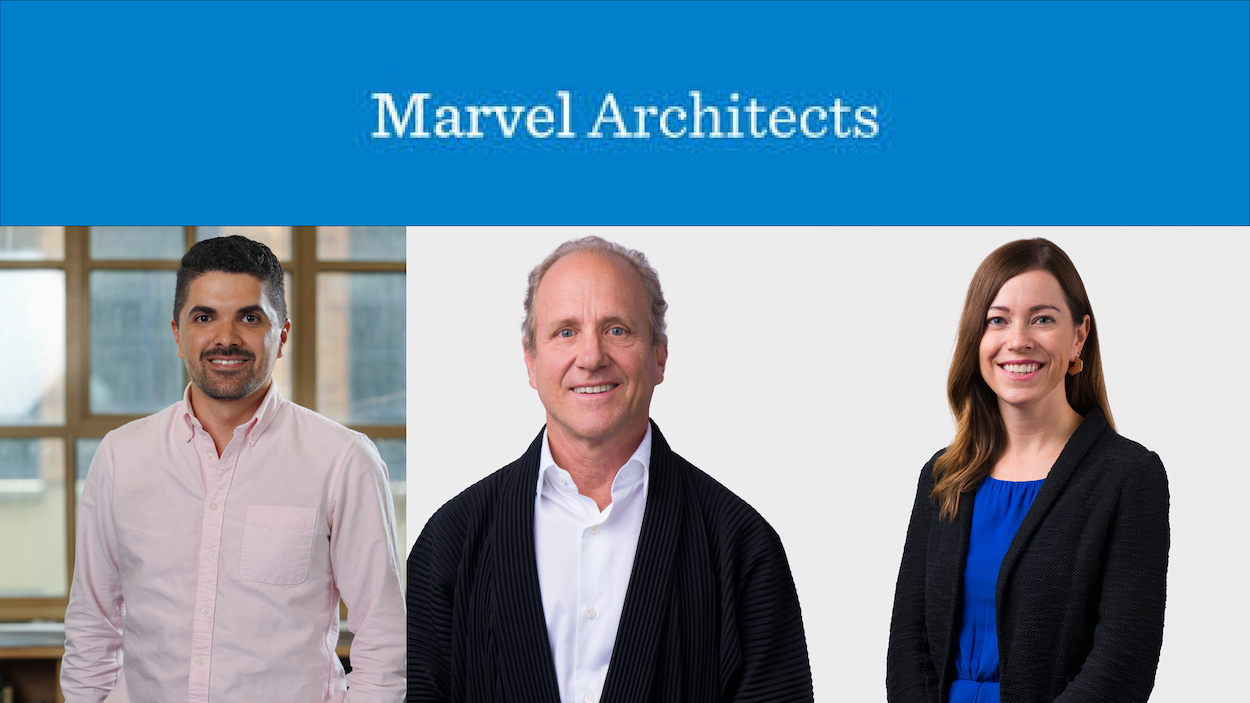 For more than three decades, Marvel has worked at the intersection of public and private space, creating intentionally timeless design solutions that integrate nature and context. Marvel is the recipient of over 125 international industry awards, including the AIA’s highest honor, the 2019 Presidential Citation for integrating design and community service. 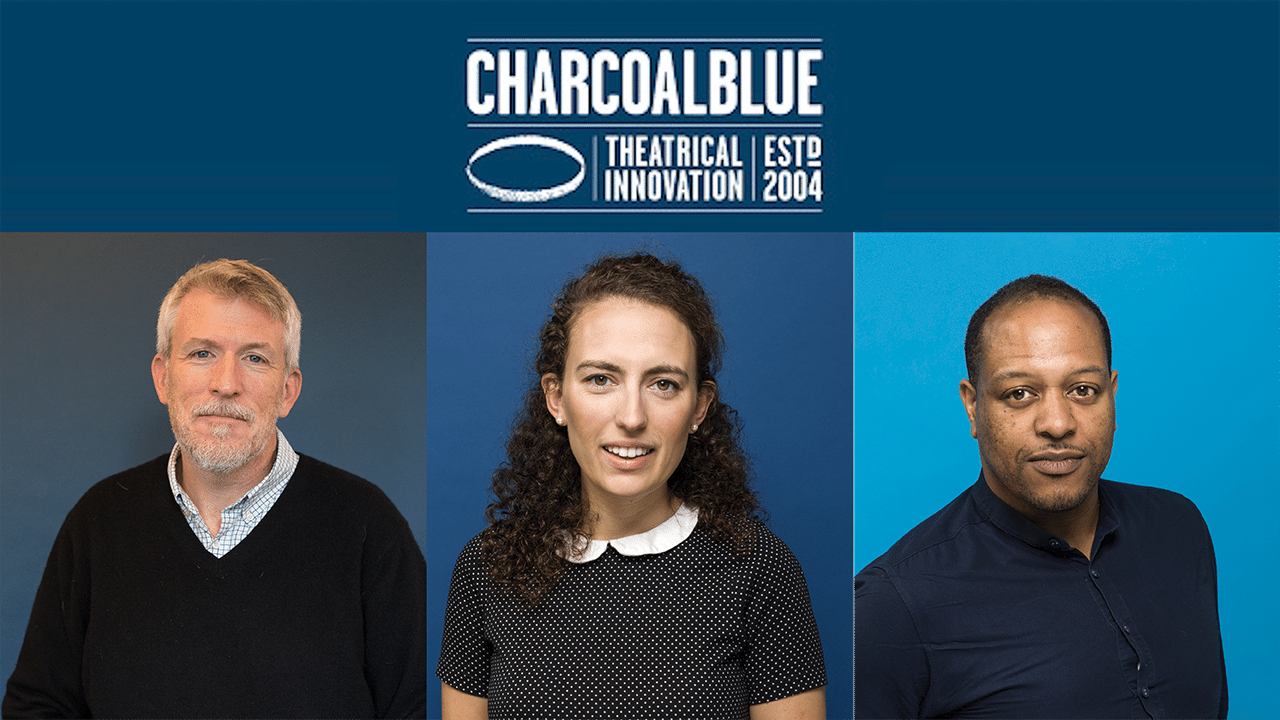 Charcoalblue is the world’s leading multinational theater, acoustic, and experience consultancy. Since its foundation in London in 2004, it has grown to a team of over one hundred with studios in New York, Chicago, Bristol, Glasgow, and Melbourne. 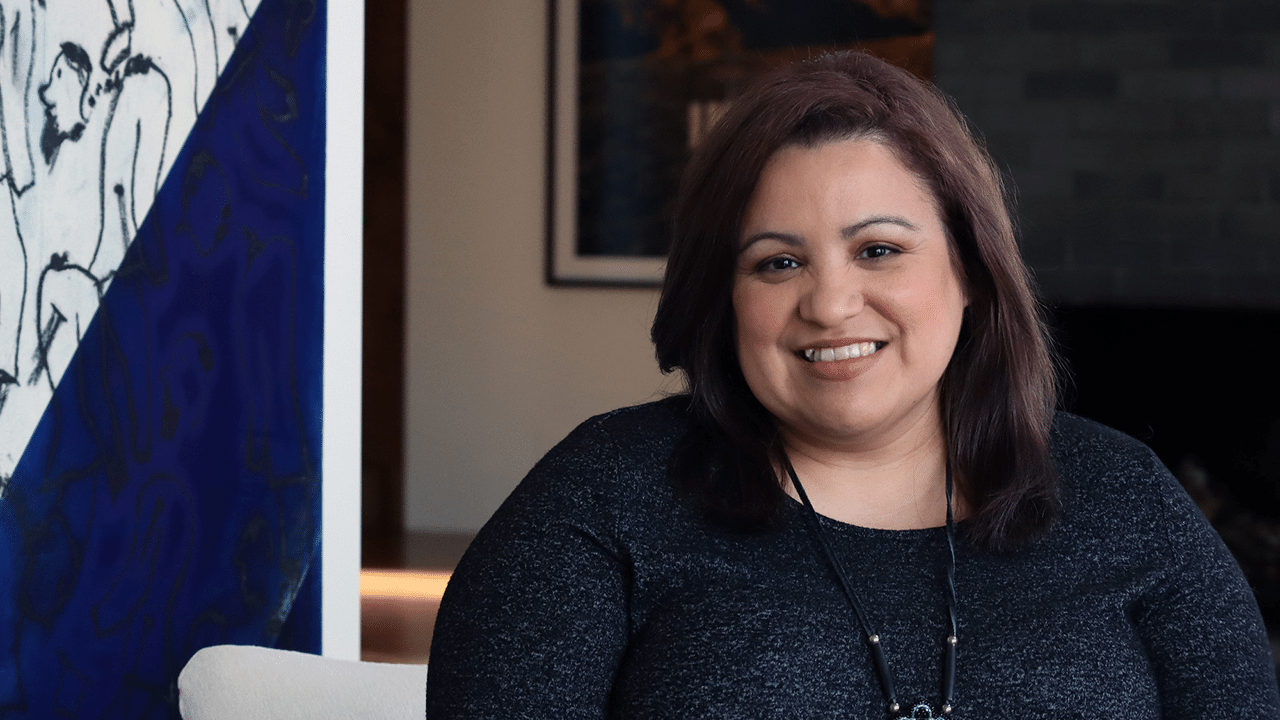 Heather Bruegl is a public historian, activist, and independent consultant who works with institutions and organizations for Indigenous sovereignty and collective liberation. She is a citizen of the Oneida Nation of Wisconsin and first-line descendent Stockbridge Munsee. She is a graduate of Madonna University in Michigan and holds a Bachelor of Arts and Master of Arts in U.S. History. 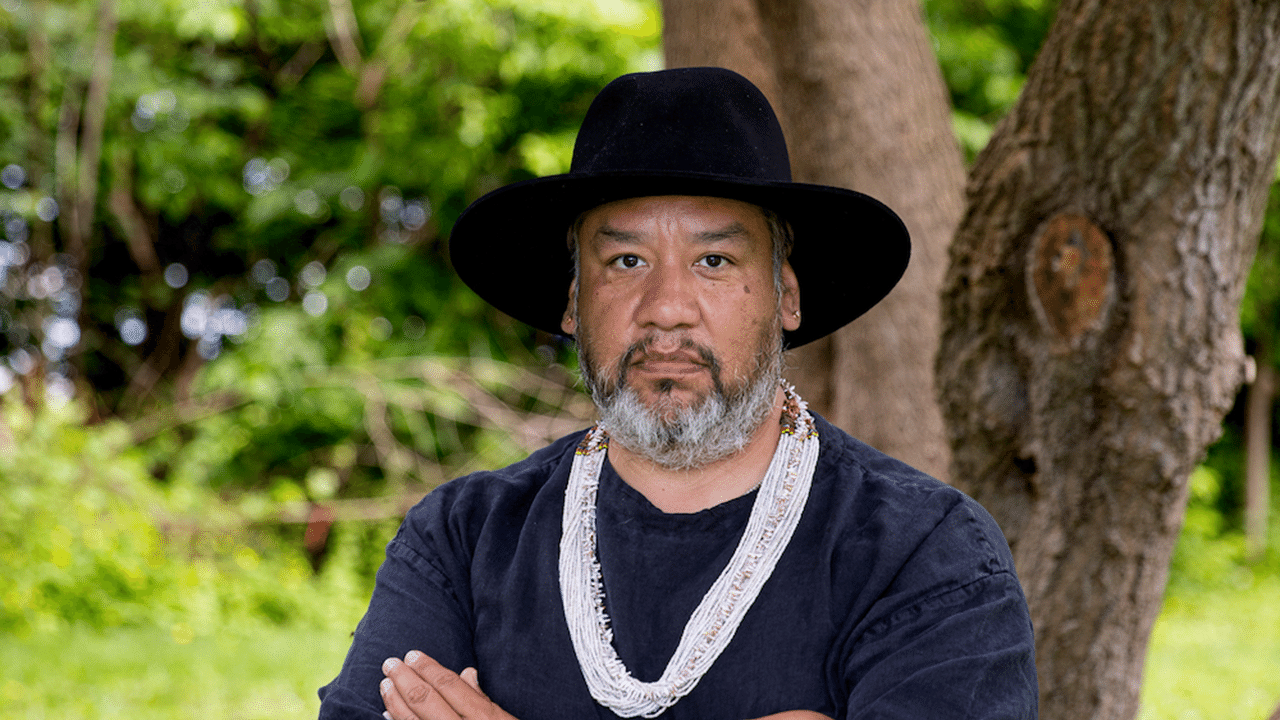 Drawing influence from popular music, fashion, literature, cultural and critical theory, and his own individual heritage, Jeffrey Gibson, based in nearby Columbia County, recontextualizes the familiar to offer a succinct commentary on cultural hybridity and the assimilation of modernist artistic strategies within contemporary art. Gibson’s Cherokee and Choctaw lineage has imparted a recognizable aesthetic to his beaded works exploring narrative deconstructions of both image and language as transmitted through figuration.

About the new theater 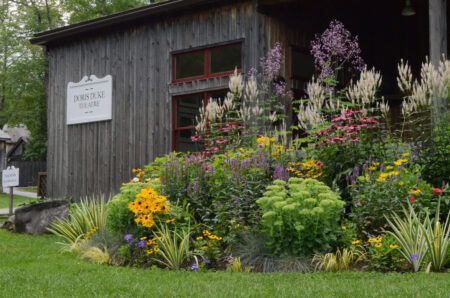 The Doris Duke Theatre was built in 1989 as one of three primary performance spaces on Jacob’s Pillow’s 220-acre campus in Western Massachusetts and opened for its first full season in 1990. For 30 years, it was a beloved blackbox theater and incubator for groundbreaking artists including Reggie Wilson, Michelle Dorrance, and Kyle Abraham, as well as the place where international artists including Black Grace, Danish Dance Theater, and Chandralekha made their U.S. debuts.

The new theater will be built in the same location as the former Doris Duke, and construction is anticipated to be completed in 2025. The Doris Duke Theatre will support Festival Performances and provide year-round studio space on the Pillow campus for Pillow Lab Residencies, the creation of new work for both the physical and digital space, community events, staff meetings, rentals, and convenings for decades to come.

The reimagined Doris Duke Theatre will be an environmentally sustainable, 21st-century cultural facility that will remain relevant for future generations, able to honor the Pillow’s reputation as a stunning site for performances while creating a new landmark on the campus that upholds and celebrates the site’s diverse history and responds to the values of the Pillow’s Indigenous peoples on whose land the Pillow rests. In addition to supporting a world-renowned cultural program, the new building will afford opportunities for education about the earth and land, social diversity, and the meaning and functions of culture in America well into the Pillow’s second century. The new theater will foreground accessibility and embrace care-centered design to ensure the building will better support staff, artists, and audiences.

If you are interested in finding out more about the campaign to build the reimagined Doris Duke Theatre or in making a contribution, contact Lila Kanner, Chief Philanthropy Officer, lkanner@jacobspillow.org.

Commissioned to commemorate the Doris Duke Theatre, rock is broken is a dance film by Liz Sargent, Eiko Otake, and Minos Papas captured on the Pillow’s site days after the fire.

Receive the latest news and information about the reimagined Doris Duke Theatre by joining our email list. 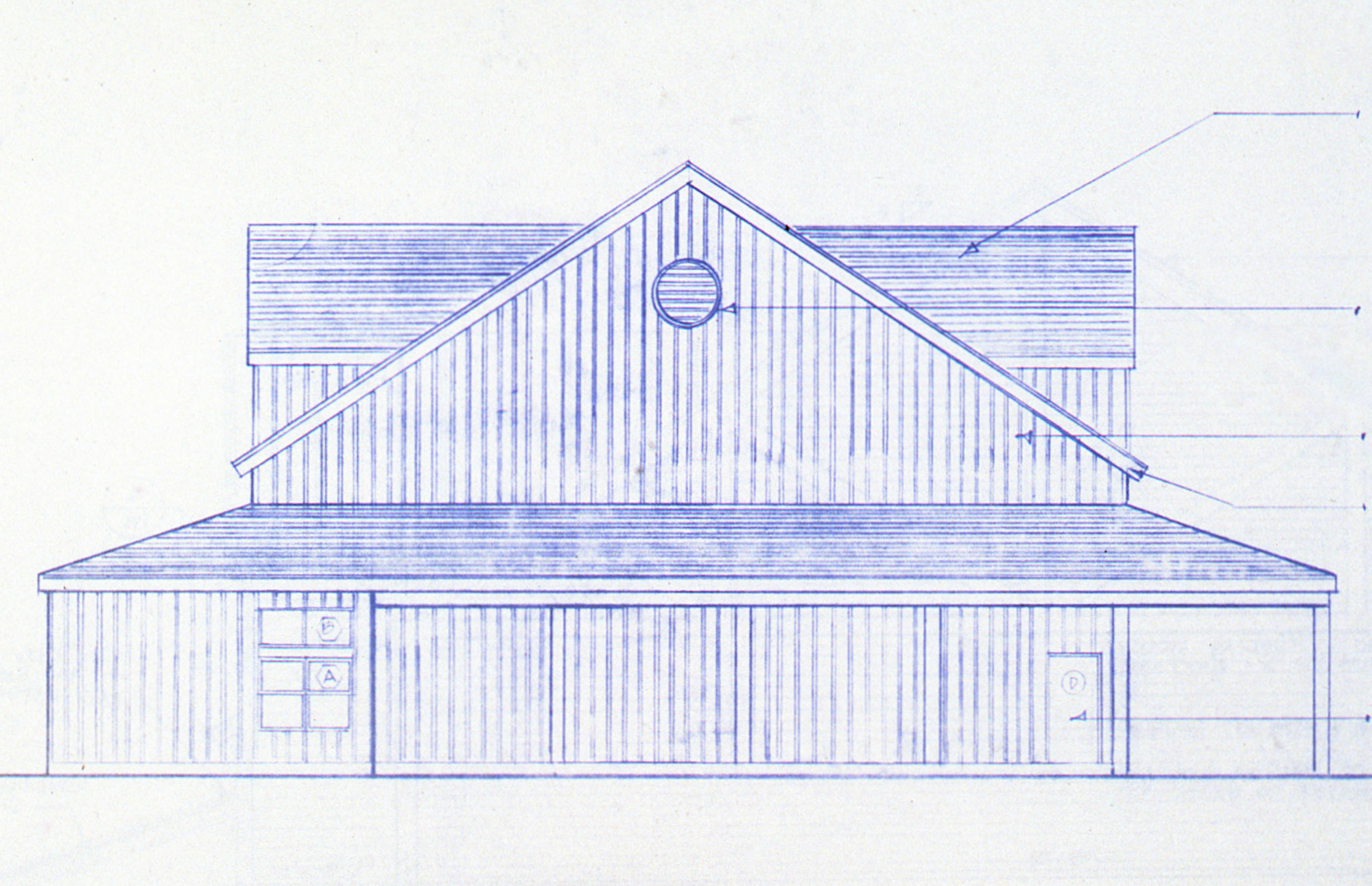 Currently, on view through January 1, 2023, at the Museum of Modern Art (MoMA) in New York City, installation and performance artist Yve Laris Cohen uses the remains of the Doris Duke Theater to raise questions about what constitutes a theater, and how these spaces are themselves fragile and interdependent.

The exhibition Studio/Theater aims to expand the parameters of dance as a discipline, inviting us to think of the chemical transformation, transportation, and decay of performance architecture as forms of choreography.