Caleb Teicher was born and raised in small-town Mahopac, New York, where his first interaction with the arts began at the age of six when he was schooled in drums by a Juilliard dance graduate. An innate love for rhythm and beats eventually took the shape of a more physical expression when he discovered tap dance on television at the age of 10.

Pursuing tap from that young age, he later arrived at The School at Jacob’s Pillow’s 2010 Tap Program. Caleb trained with world-renowned tap dancers Dianne Walker, Harold Cromer, and Derick K. Grant classes such as Authenticity, Style, & Tradition; Working With Musicians; Choreography: A Sound and Movement, and Telling a Story through Tap: Performance & Technique.

Caleb’s Pillow experience continued when he participated in the Jazz Musical Theatre Dance Program later that same summer. During this program, Caleb learned from highly acclaimed individuals including Chet Walker, Bill Hastings, and Dana Moore, and the classes ranged from Jazz Technique to Yoga/Pilates to Ballet Barre. Caleb naturally gravitated to the talent surrounding him—chatting with members of A.I.M by Kyle Abraham and Camille A. Brown & Dancers over mealtimes. In his own words, Jacob’s Pillow gave him a “crash course into what the dance world looks like.” The experience he gained at Jacob’s Pillow helped set the foundation from which his professional career launched.

Following his time at the Pillow, Caleb went on to work with tap legends Michelle Dorrance, Dormeshia Sumbry-Edwards, and others in New York City. At the age of 17, he received critical acclaim, winning the Bessie Award for Outstanding Individual Performance for his work in Shared Evening. Caleb continued dancing in other notable companies and projects including The Chase Brock Experience, The Bang Group, and the West Side Story (International Tour). It wasn’t until 2015 when he created his own company, Caleb Teicher & Company, and returned to Jacob’s Pillow to perform I Love You So Much on the Inside/Out stage during Festival 2016. Afterward, he was invited back for a Pillow Lab residency in which he explored the early stages of the sonic and visual potential of a stage inhabited with sand, in collaboration with musician and fellow YoungArts alumnus Conrad Tao. Excitingly, this finished work, More Forever, was presented at Festival 2019, marking Caleb Teicher & Company’s Doris Duke Theatre debut.

“being at Jacob’s Pillow has really fostered us as artists, to really be able to focus on what you want to focus on.”

Caleb’s Pillow story has come full circle, from aspiring artist in The School to Artistic Director of his own company performing in the Festival, in just a few short years. Serving as an inspiration to aspiring tap artists at The School, his own words about his experience in the 2010 Tap Program resonate throughout his career: “being at Jacob’s Pillow has really fostered us as artists, to really be able to focus on what you want to focus on.”

The School has been crucial to the careers of dance artists for over 80 years and its alumni are defining and shaping the field.

Learn about the School

Led by acclaimed artistic directors and choreographers, The School at Jacob’s Pillow transforms dancers into artists. 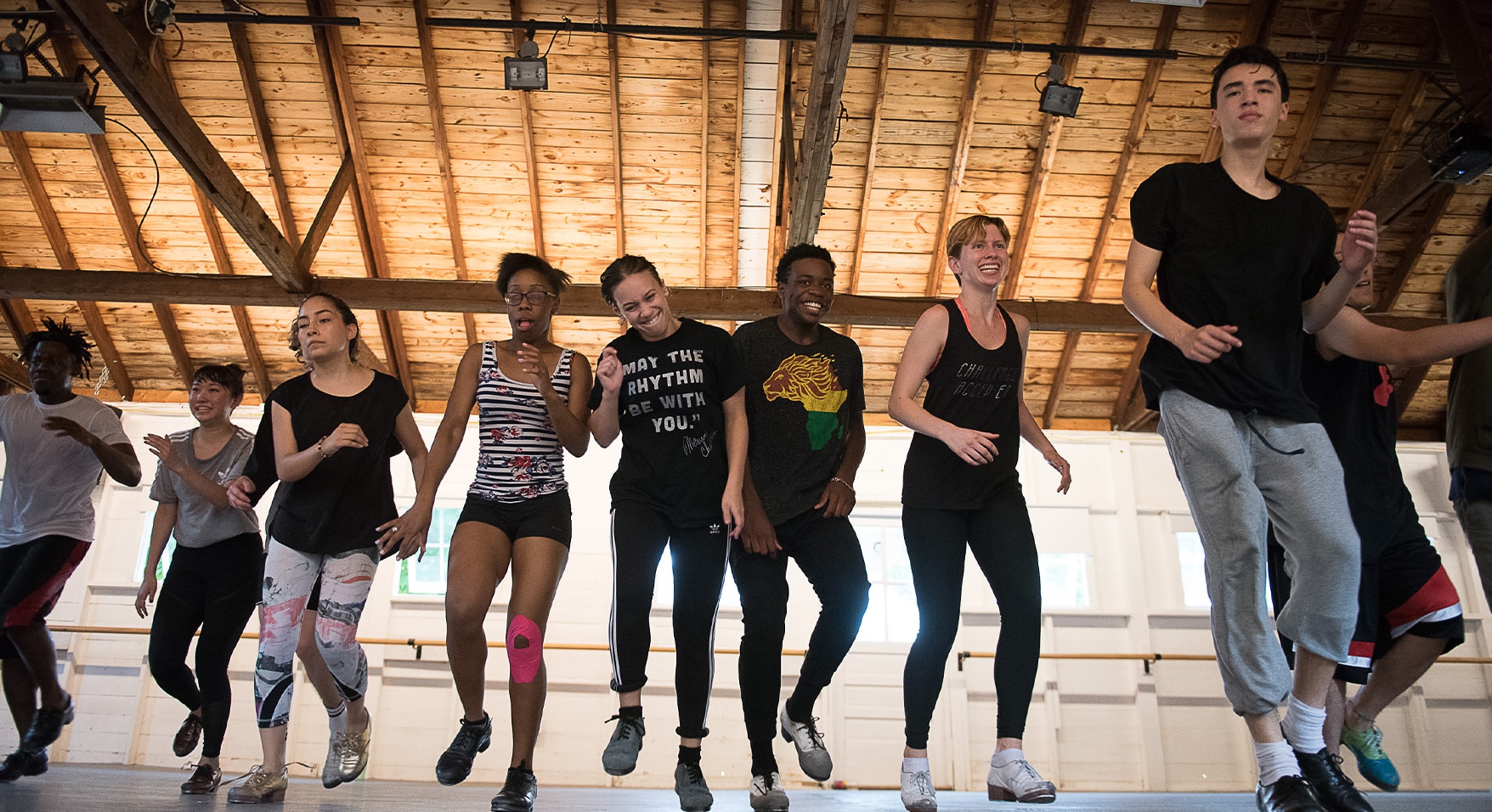